Please ensure Javascript is enabled for purposes of website accessibility

Get A Free Case Review 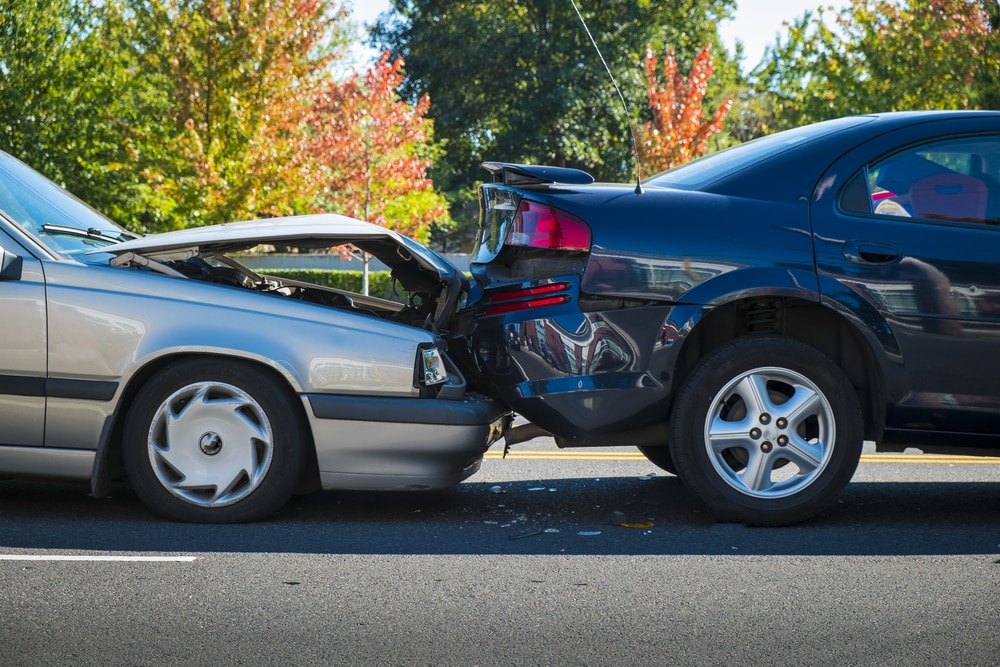 In October 2021, the National Highway Traffic Safety Administration (NHTSA) published some grim statistics.  Although the hard figures have yet to be determined, current data indicates that over 20,000 people in the United States were killed as the result of motor vehicle accidents between January and June of that year.

This figure represents an 18.4 percent increase over the same period during the previous year. According to the NHTSA, this is the highest number of fatalities ever recorded by the Fatality Analysis Reporting System (FARS) since it was first employed.

Why has this been happening? Federal Highway Administration (FHWA) data indicates a large increase in the number of motorists on the road over the same period in 2020. The bottom line: more people are traveling or commuting using personal vehicles rather than public transportation.

Who is at Fault in a Rear-End Collision? 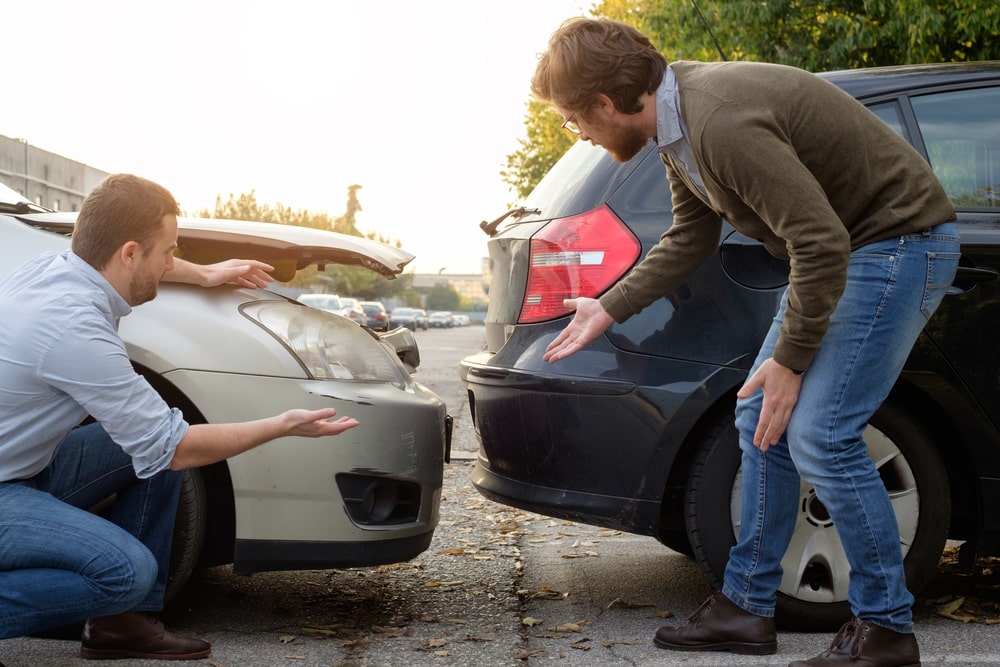 Every motorist has a legal duty of care toward others sharing the road (including cyclists and pedestrians). This means careful observation of all traffic laws and paying attention to road conditions, including weather, road surfaces, and of course, other vehicles on the road.

Not surprisingly, the driver who hits a second vehicle from the rear is usually considered to be the liable party. However, this is not always necessarily the case. A New York car accident lawyer generally sees one of two common scenarios.

The Lead Vehicle Slows Down

Rear-end accidents in these situations usually result from “tailgating,” or following the lead driver too closely. This is an all-too-common habit that many drivers have, usually because of impatience. The lead driver may be slowing his or her vehicle in response to traffic or road conditions and the one following fails to notice.

The Lead Vehicle is Stopped

The driver following fails to note that the lead vehicle is stationary. Either the motorist in front is waiting to make a turn, or has stopped for a yellow light while the following motorist intends to race through it before it changes to red. Alternatively, the motorist behind may be stopped at a red light and is focusing on the signal rather than the vehicle in front, applying the accelerator the instant it turns green.  Again, this scenario is usually the result of impatience and a lack of attention.

When is a Lead Driver at Fault? 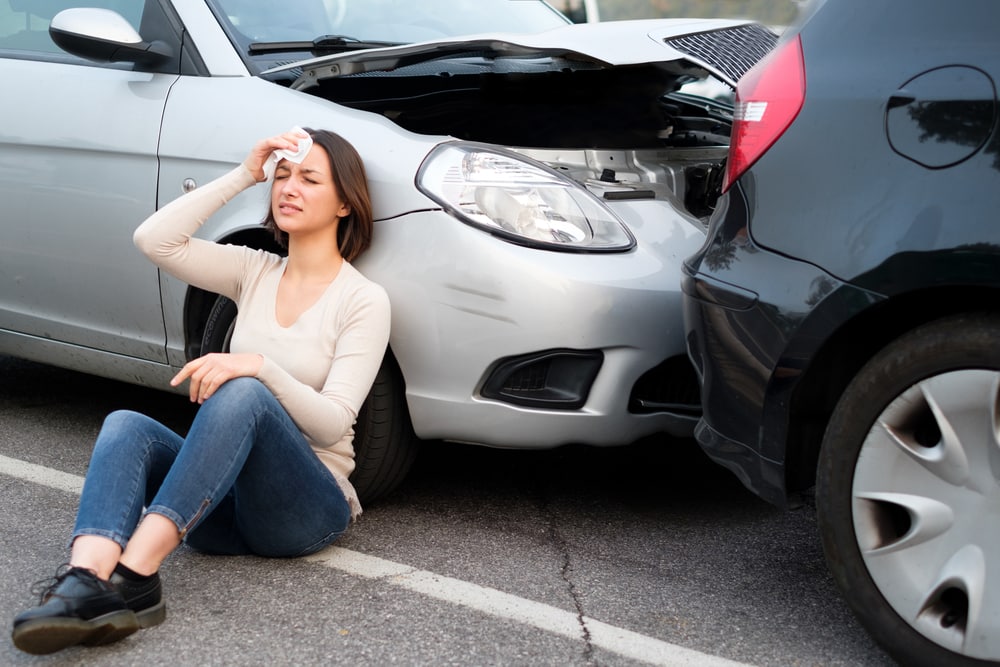 While the driver in the rear virtually always bears the majority of the liability, there are cases in which the lead driver shares part of the responsibility. This becomes apparent during an investigation of who is at fault in a rear end collision.

In some scenarios, car accident attorneys find that inadequate vehicle maintenance is a factor; tail lights, brake lights and/or turn signals are not operating properly, or the bulbs have burned out.  Alternatively (and frequently), the lead driver simply neglects to signal at all.

A driver may be stopped by a traffic signal or a flagger and decide to put their vehicle in neutral while waiting. Upon starting up again, he or she shifts into reverse instead of first gear. This is more common when the vehicle has a manual transmission.

There are cases in which a lead driver may suddenly apply the brakes for no apparent reason. What is usually happening in these scenarios is what is known as “brake checking.” While a driver may actually be testing their brakes to ensure they are working properly, more often it is an emotional reaction to a driver who is tailgating. This is a dangerous situation all around that can escalate into “road rage”. At this point, one or both drivers may face criminal charges of vehicular assault, which is a felony.

Being in a vehicle when struck from behind in an auto accident can cause several debilitating, and even disabling injuries. The most common is whiplash. Also referred to as “neck sprain,” this injury results when a person’s head and neck abruptly and forcefully “whips” back and forth, causing severe damage to the discs of the upper vertebrae and the muscles and tendons of the neck and upper shoulders.

In addition to the pain that can radiate into the arms and hands, symptoms of whiplash can include reduced range of motion, dizziness, and tinnitus. One thing to be aware of is that whiplash symptoms do not always manifest right away in car accident victims.

Sometimes, it can be hours or days before symptoms present themselves.  Fortunately, most cases of whiplash can be resolved within a few weeks or months with physical therapy. For others, however, the consequences of a whiplash injury can last for years. 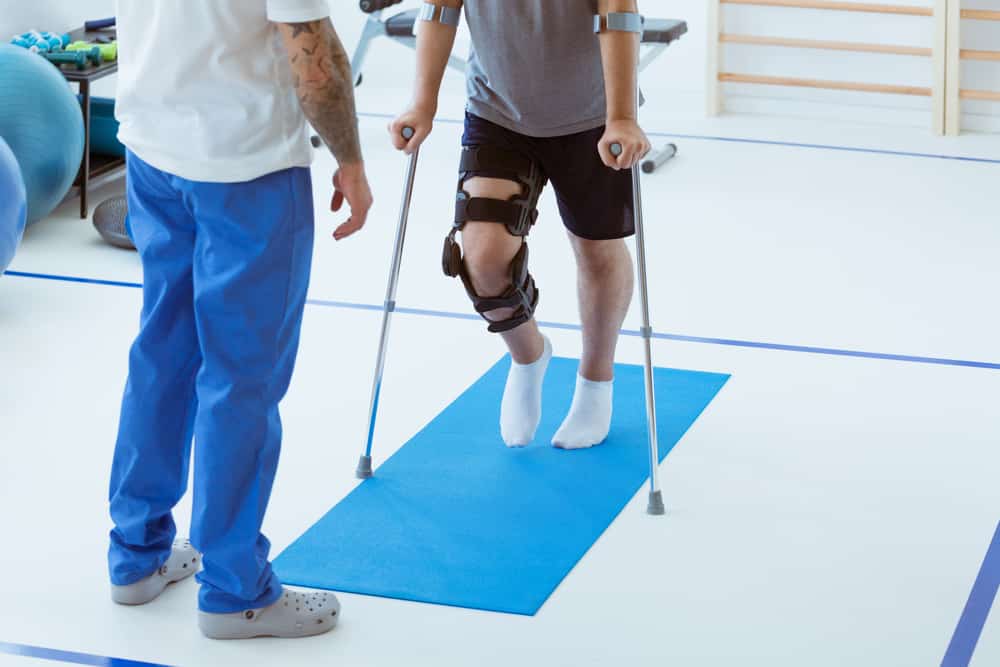 Other car accident injuries typically resulting from a rear-end collision include:

Liability in a car accident case is determined in court after the accident has been thoroughly investigated.  Car accident lawyers do participate in the investigation, but not directly. Instead, they typically have a business relationship with an investigator and other car accident specialists who do most of the actual legwork.

In addition, an attorney has access to police records, witness statements, and other evidence, such as videos and photos. The lawyer’s job is then to organize and analyze all materials as they prepare the client’s case. This is vital to negotiate the best possible settlement — or reduce the client’s liability.

How Do New York’s “No-Fault” Rules Affect the Case?

New York is one of a dozen states that have “no-fault” insurance laws. While these vary from one jurisdiction to another, a no-fault system simply means that each party’s insurer covers any injuries and losses, up to the policy’s limits; it does not matter who is at fault in a rear-end collision. The rationale behind no-fault insurance laws is to minimize litigation in car accident cases and to make sure that injured parties regardless of fault have insurance coverage for their medical bills. 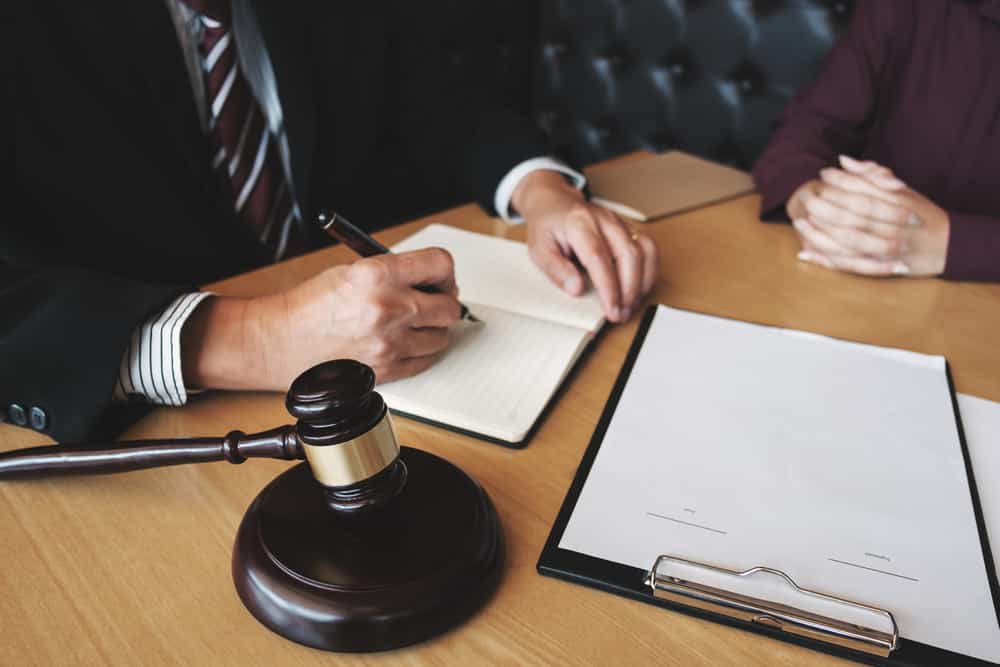 That said, some situations call for the services of a New York car accident attorney. To file car accident claims for non-economic damages (i.e., pain and suffering, loss of consortium, etc.), it is necessary to either:

Be advised that under New York’s no-fault rules, only injuries are covered — not damage to or loss of the vehicle itself. A client who wishes to recover property losses must file a complaint against the driver who is at fault in a rear end collision or go through their own “comprehensive” coverage if they have it.

A New York car accident attorney will work hard to get an out-of-court settlement. Most car accident lawsuits are resolved in this manner, and it is considered an ideal outcome for both parties. That said, if the case goes to trial, the issue of comparative negligence may arise.

This is a principle in torts (the area of law dealing with civil matters) in which the jury assigns a percentage of negligence to both parties. So, for example, if a lead driver did not have working brake lights at the time of the accident, that party may be assigned 25 percent of the liability, while the driver in the rear who was traveling too fast for conditions could be found to be 75 percent liable. Thus, one party would have to pay for a quarter of the damage, while the other pays the remainder.

What to Do at an Accident Scene

It is almost certain that anyone who has been involved in a serious injury accident will be dazed and disoriented (assuming they are uninjured enough to be conscious and mobile). Every person handles such trauma differently, but it is imperative to maintain a clear head as much as possible. 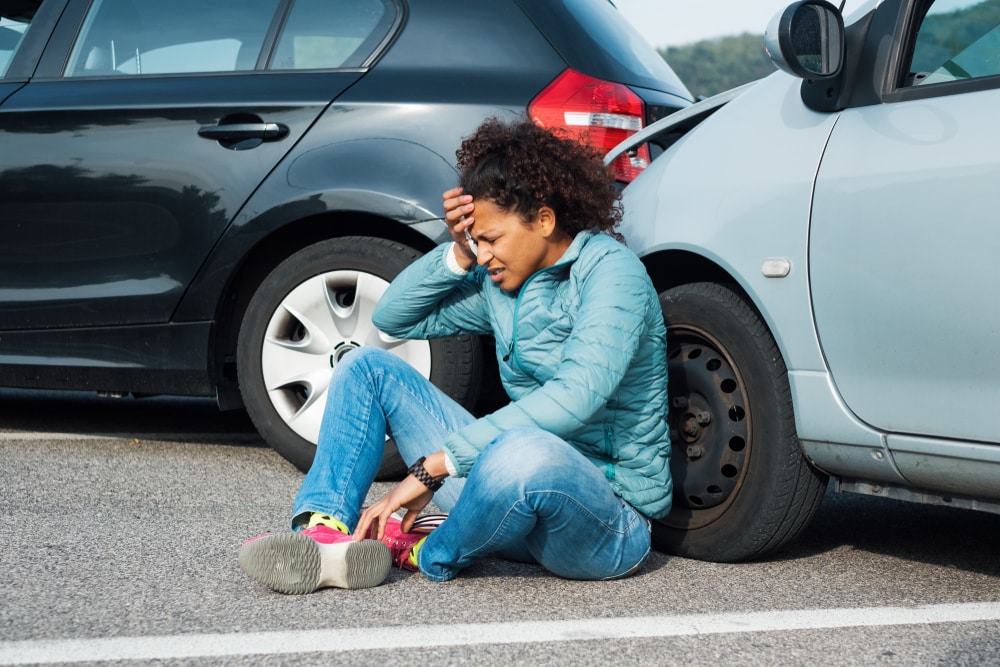 NYC car accident attorneys will tell you that the success of your claim or car accident lawsuit can rest on what happens, what is done, and most importantly, what is said (and not said) at the accident scene.

What Not to Do

Do not admit responsibility (do not even apologize), and say nothing to an insurance adjuster until you have spoken to an experienced car accident lawyer. Just as a prosecutor will use a suspect’s statements against them, so too will an adjuster use any statement the insured might make to minimize or deny the claim. It is better to assess all the facts before making any statements. 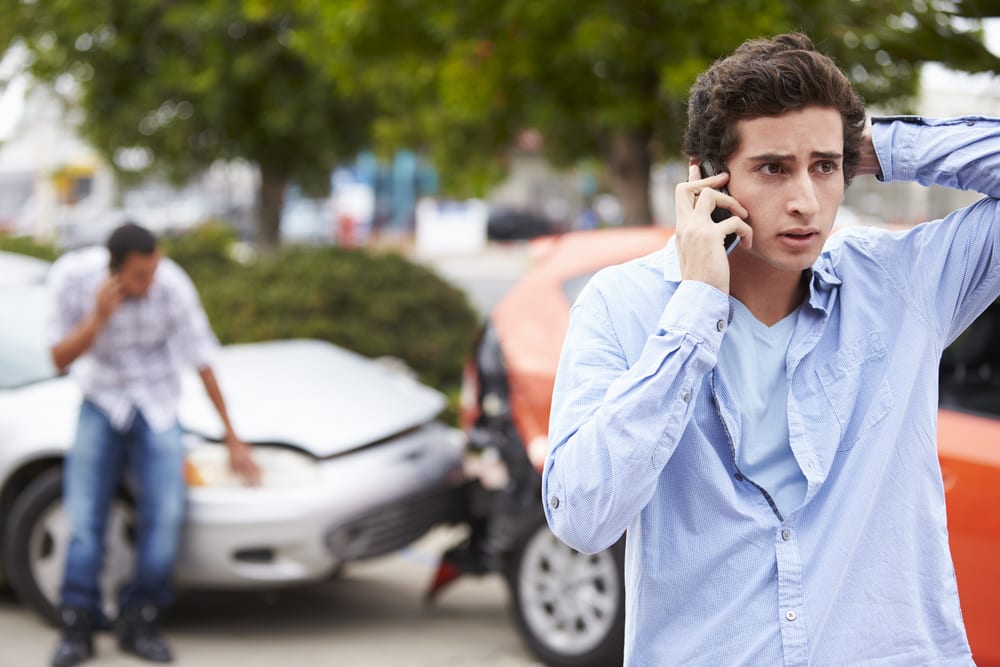 On that topic, avoid mentioning or talking about the accident on social media, even if you think nobody but your “friends” will see it. It’s a good idea to avoid social media altogether. Here is an example of what can happen: John is suffering from a serious back injury and confined to bed. For a diversion, he posts a picture of himself whitewater rafting several months earlier. When a lawyer for an insurance company sees that, all he or she will take note of is the date and visual evidence that John appears NOT to be injured.

It will injure John’s case, however.

How a Car Accident Attorney NY Can Help

Under New York’s no-fault insurance rules, who is at fault in a rear-end collision is irrelevant; every licensed motorist in the Empire State is required by law to carry no less than $50,000 in coverage for any injuries suffered. 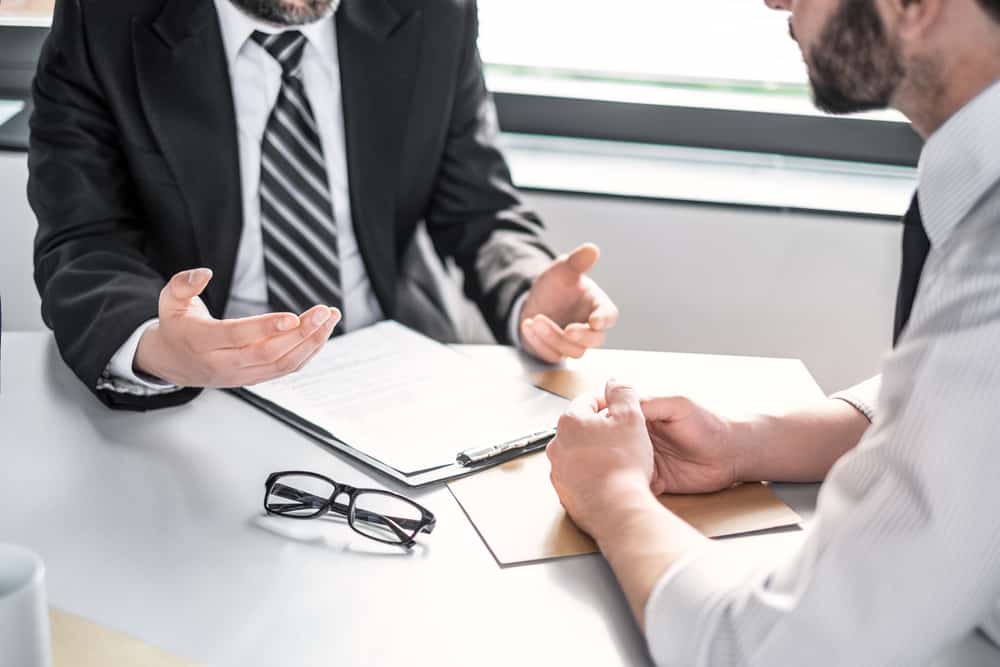 That said, it is not unusual for medical costs to exceed that amount, particularly in a serious accident.  This is when the services of an experienced attorney are invaluable because the accident victim will need to bring legal action outside of this system.

An experienced lawyer can complete and file the necessary paperwork with the court, communicate with the other party and/or insurance companies, enter into negotiations on the accident victim’s behalf and argue the case before a judge and jury, should the case go to trial. A car accident lawyer NY will make every effort to secure a settlement before that happens, however.

A successful settlement can get an accident victim compensation for any and all of the following:

If you have been involved in a rear-end collision — regardless of whether you were leading or following —  contact one of the experienced accident attorneys at the Sattler Law Group for a no-obligation consultation.

Is It Worth Hiring a Personal Injury Attorney

10 Questions to Ask a Personal Injury Lawyer Before Hiring Them

How to Find a Good Car Accident Lawyer

The information you obtain at this site is not, nor is it intended to be, legal advice. You should consult an attorney for advice regarding your individual situation. We invite you to contact us and welcome your calls, letters and electronic mail. Please note that contacting us does not create an attorney-client relationship. Please do not send any confidential information to us until such time as an attorney-client relationship has been established. Prior results do not guarantee a similar outcome.